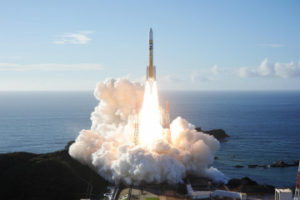 7 months journey of mars for the study of mars atmosphere

Hope Probe is its name, and it’s a 7-month journey to Mars. The satellite will orbit around Mars to fetch data about its atmosphere. This first mission was to be sent on July 14 but it was delayed due to adverse weather conditions. The radio communication with earth started within one hour of launch and spread of solar panels. According to Minister for Advanced Sciences Sarah Amiri, it costs about $200 million. It will share the study of the Mars atmosphere and its seasonal changes. UAE has greater plans about Mars in 2117

UAE first started to launch a mission in 2014 and began a National Space Programme in 2017. Over 9.4 million population, but most of them are foreigners for work, business, and industrial base who lack scientific and technological knowledge. UAE has more significant plans about Mars in 2117. Hazza al-Mansouri is the first Emirates to travel space. He traveled in last September and flew to International Space Station.

MBRSC Worked with US educational Institutions

Emiratis and Dubai’s Mohammed Bin Rashid Space Centre (MBRSC) worked with US educational institutions to develop and work on Hope Probe. The MBRSC space center in Dubai will oversee the spacecraft during its 494 million km (307 million miles) journey at an average speed of 121,000 km per hour.