Hyderabad Jeweller in Himayatnagar area conducted a birthday party for at least 100 people developed COVID-19 positive and was admitted to a private hospital died on Saturday.

It created a great panic among the attendees, who rushes to test themselves in private labs.

This party also killed another Hyderabad Jeweller due to COVID-19 positive this Saturday who was an attendee. A police constable who distributed sweets for his newborn baby transmitted to 12 recipients.

Director of Public Health G.Srinivas Rao said, “These are the super spreaders due to which the number of positive cases has gone up in Hyderabad, In spite of so much publicity, some people just refuse to follow the rules. Birthday parties, family gatherings to celebrate a birth, or youths getting together to welcome foreign returnee are proving to be hotspots of coronavirus spread. Asymptomatic persons attending huge gatherings like this are spreading the infection.” 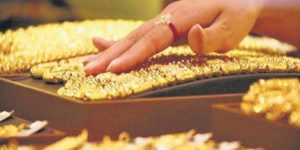 Health Minister Etela Rajender is also frustrated and instructs the public to avoid get together and gatherings.

Telugu film producer Pokuri Rama Rao of Eetharam Productions expired on Saturday who was tested positive and admitted to the private hospital.

Few Private labs were accused by Telangana Government for not adhering to ICMR’s norms for testing which lead to false-positive cases there. “One of the labs provided 2672 positive cases out of 3726 total tested samples which shows 71.7% positivity rate. The government is going to issue notices to 13 private labs for not adhering to ICMR norms and the data given by the lab is kept under abeyance until expert committee evaluates them and also strict action will be taken for violating ICMR rules” said Director of Public Health Rao.