Unearthing of Pottery tiles – Ancient symbols in the excavation of Sivagalai..!!

In Tuticorin District, some of the Pottery tiles with ancient symbols are unearthed during the excavation of Sivagalai. 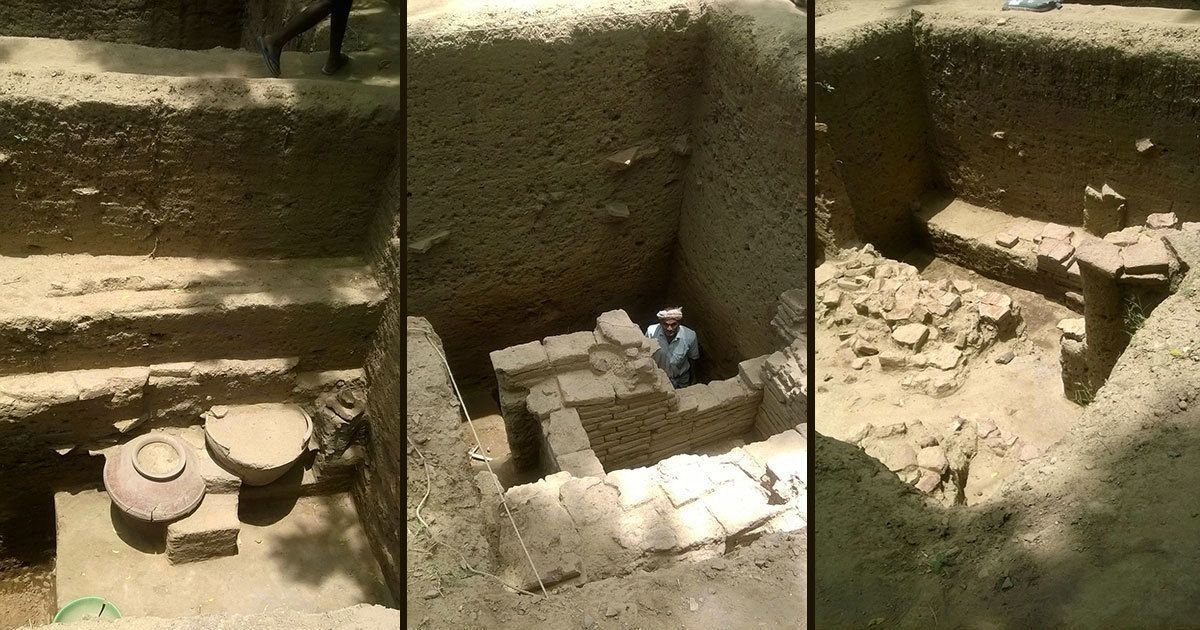 Archaeological sites in the village of Sivagalai near Real in Tuticorin district cover an area of about 2000 acres in the sprawling of Archaeological site, ancient rock bowls, medieval tools, inscriptions, scraps of iron tools, old minarets, black and red pottery, weight stones and objects made of copper were found.

Foreover the Archaeologists are requested the government to carry out this excavation process at Sivagalai. According to, the Survey of Tamilnadu State Archaeological Department has commenced the excavation which allocated  fund Rs31 lakh at Sivagalaion May 25.Excavation work is being carried out under the leadership of Excavation Field Director Prabhakaran and Officer Thangadurai.

So far more than 20 elderly miners have been discovered completely and in a state of disrepair. In this situation, the Deputy Director of Archaeology Sivanandam has been begun the excavation work on June 28 in the Vallapan Pillai area in between the fields to find the ancient human settlements at Sivagalai.

Ultra black-Fish in deep sea – Secret behind its Color

As excavations continue here, they have been found 5 pottery tiles so far,which posses ancient symbols. These are ancient Tamil tweaking codes known as Graffiti written in the pots. It predates the Tamil Brahmi Script. The characters belong  to the pre-creation period of words.It is said to belong to the Great Stone Age.Archaeologists stated that if we research these artefacts completely, then only we can know more details about the ancients of the symbols.